Hear about how Adélie penguins forage in their native habitat, and how the frozen south might be going through some major changes!

Adélie penguin movement and habitat use

Adélie penguins are an important indicator species in the Southern Ocean. Javed's study of their foraging strategies showed they do not conform with traditional foraging expectations – and it could influence future conservation planning and resource management.

Javed is a PhD candidate jointly affiliated with the Institute for Marine and Antarctic Studies and the Australian Antarctic Division. For the past 2 years, he has been investigating the foraging behaviour and habitat of Adélie penguins. 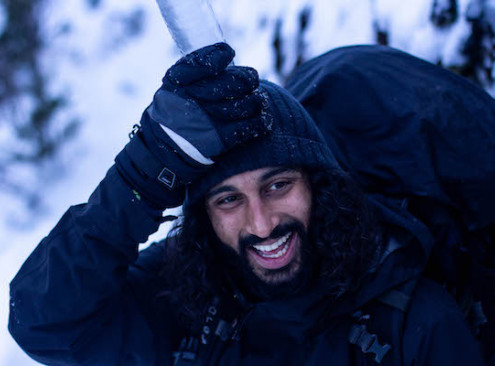 What is Antarctic sea ice hiding?

Until recently Antarctic sea ice was one of the few parts of Earth unaffected by climate change. But ice cover plummeted in 2016, with the record lowest ice cover in 2022. Is this Southern Ocean change, or just a reminder of our Antarctic ignorance?

Will is an oceanographer who specialises in Antarctic sea ice and how it interacts with the broader climate. Originally from England, he completed his PhD at the University of California Los Angeles in 2009, and moved to Hobart in 2012.

Other Hobart events
© Pint of Science, 2022. All rights reserved.