Full to the brim 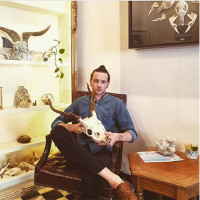 Fueled by an insatiable curiosity and a love for nature, Dan Power has been practicing as a self-taught visual artist since 2014. Having originally studied evolutionary biology, he seeks to capture the stunning beauty and intricacy of nature through highly detailed pen-and-ink drawings, vibrant watercolours and illustrated animal skulls. Drawing on anatomy, zoology and botany, he provides a modern take on natural history illustration and seeks to convey the diversity of nature, the narrative of life, and strong conservation messages. Having also worked as a science communicator, Dan sees art as a way of promoting science communication and presenting scientific concepts and ideas. 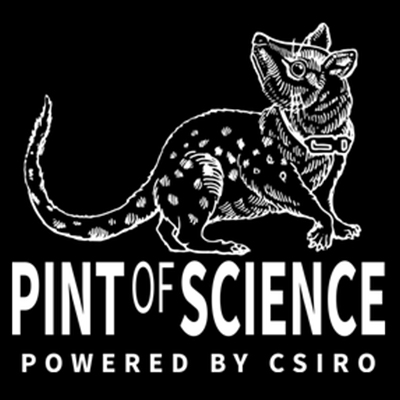 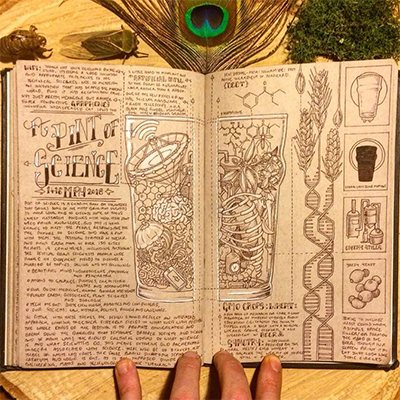 If you like Dan’s style and want to purchase some of his unique Pint of Science artwork, you can also still do so via our Merch page. You can also find more of his work on his Instagram, Facebook, or website.

“I wanted the Pint of Science [2018] artwork to incorporate all of the beautiful things about this festival - the sense of discovery, collaboration and sharing - all crammed into a pint glass. It was fun to strike a balance between imagery that clearly conveyed the festivals themes, and the research specifically being undertaken in Australia. Most importantly, I wanted all of these things to be interconnected and interacting to highlight that science and society aren’t separate; they aren’t siloed entities, but a continuous, cohesive tangle of ideas.”

In the artwork you can find: